Spiral Dynamics’ [SD] color codes are a visual way of signifying the various values constellations that Clare Graves’ research discovered operational in his students. [Note: last week’s post (here) took a brief look at the SD stages.] Best to begin with a caution or two, so let’s turn to that.

People are not reducible to ‘a color’

Having the SD framework it is easy/tempting to say, “So-and-so is pure Orange,” for example. It is vitally important to remember, however, that people are not colors as conceived by SD. Rather, a given color signifies a particular constellation of values—e.g., survival; human bond; power; order; merit; justice. If we say that a person is manifesting Blue, we are describing a person’s expression of the Blue [DQ], ‘order‘ values set. Obviously, priests and legal authorities are both meant to operate with a dominant Blue [DQ], e.g., sacred text values, if in very different ways of expression.

Similarly, in a life condition that requires great scientific expertise we would expect to see a dominant expression of bright Orange [ER] rationalist, ‘merit‘ values—in collaboration with the other constellations of values also operational.

The ‘collaboration’ point, too, is important for us to remember. People are very complex creatures and rarely reflect a single values set in any given circumstance. Beige [AN] survival values are almost always part of our outlook to some degree. Human speech, behavior, expression is nearly always an admixture of the various animating energies (signified by SD colors) needed in any particular (existing or emergent) life condition. In each unique instance we often see a particular values set being expressed as dominant, but that does not necessarily mean the person is limited to that single values set as dominant in every instance.

Spiral Dynamics’ color designations are designed to offer a neutral, disarmed stand-in for other ‘hot-button’ descriptors that are loaded and charged with emotion. Dr. Don Beck, co-author, Spiral Dynamics, used the color codes to help both indigenous and colonialist leaders conferencing in South Africa to diffuse tensions during the early to mid 1990’s recovery period from apartheid. Acting as language bridges, SD tools helped create conditions that allowed and empowered the “Truth and Reconciliation Commission” to be genuine and inclusive.

So, let us take for an illustration, Blue [DQ] ‘order‘ values. Extreme views on either side of the culture war battles are animated by naïve Blue energies [Note: “A naïve expression is marked by a fused, uncritical, shadow-laden (partial) relationship with any particular values set.”]. Naive Blue’s animating energy is marked by a fundamentalist certitude. [cf. 7/22 post (here)]. “Racist” expressions like militant racist speech or behavior reflects the overreach of a naïve Blue racial identification (e.g., Red [CP] ‘will to power’). These militant actions must be confronted and challenged head on, truth to power. However, naming/labeling someone a ‘racist’ is a willful engagement of shaming, an attack on the person, meant to negatively effect how the person thinks/feels about her/himself. By naming the bigoted speech/behavior a naïve expression of a particular ‘color’ value, it focuses the challenge on the action not the core worth of the actor. If we hope to help people grow beyond naïve relationships with themselves and their values, then we simply must realize shaming, no matter how justified it may seem, is working against our interests.

Staying with naive Blue‘s racial/ethnic overreach: Are there people who are militantly racist? People who not only genuinely believe that their racial/ethnic group is superior to others, they speak and act-out that belief to advance it? Sadly, yes, and any number is far too many.

While touchy, our recent consideration of shadows may be helpful here. Self-awareness (or conversely, self-deception) is determinant in the dynamics of any consideration or discourse regarding racial issues. Most of white ethnicity (individuals and institutions) has a deadly, destructive demon, a fierce guilt spirit. Here’s a thought experiment concerning race/ethnicity: 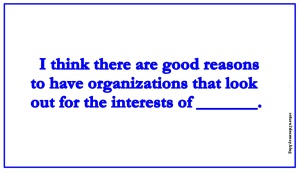 What are some groups that, if inserted on the blank line, would be problematic?

You may be thinking, “Hey, isn’t this an argument the alt-right and the white neo-nationalists are making?” Yes, and, of course, that’s a big part of the problem because it contains a tiny, tiny grain of truth. There are plenty of legitimate reasons to be outraged by the KKK and any neo-Nazi groups. Any group unwilling to draw clear distinctions making any notion of racial prejudice or supremacy totally unacceptable makes itself disgusting and irrelevant. Therefore there is really no need to overreach the reaction by making the very notion of ethnic pride by white people the work of the devil. To think that the only possible reason white people might organize in a group would be to foment hatred against [any] others is a particularly heinous form of white on white racism playing out in the public narrative right now. This is actuated by naïve Blue animating energy and projected from the shadows of white ethnicity.

Then, too, people of color can be racially prejudiced against white people for the same set of reasons that white people rightly feel guilty—e.g., a history of cynically oppressing African people in slavery for economic benefit as well as the legacy institutions and structures of systemic white supremacy that still exist and function in the same ways as ever. In any case, I am arguing that focusing outrage on individuals as racist is to conflate and reduce the larger systemic racism point and misses an opening/opportunity for transformation.

What lurks in the hearts of Americans is between each person and their god. Stokely Carmichael offers helpful guidance on confronting racism.

The kind of racism that has the power to routinely destroy lives is structural, it’s systemic. As Carmichael observes, the problematic white supremacy ‘attitude’ has already done its work and left its residue in our social and economic structures.

Are there militant racists? Most definitely. However, making that the point in powerful public displays of outrage only serves to send the problem further underground, more likely to produce an atmosphere conducive to authoritarian control by someone—a regression to a strong Blue [DQ]. Reconciliation requires recognition and repentance. 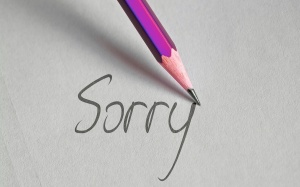 We cannot just skip to the (Green [FS]) ‘justice’ values level and simply declare it a post-racial society.  We have no hope of reconciling issues on the magnitude of race relations without lots of personal repentance on the front end. So, here’s a wild idea. What if we resist the emotional response to what is clearly ugly and repulsive, and refrain from the shame game? I know, it’s tempting to play the shame game because it gets us off the hook, “It’s on them!” “Make them walk the plank!” However, if our goal is reconciliation, then transformation and transcendence are the fruit of a process of dialog in which participants are empowered to identify –> differentiate –> and reorder…

White people simply must learn to identify with the problem of systemic white supremacy in U.S. economic, social, and religious institutions and structures. The U.S. needs to find, or create spaces for conversations that enable identification. There are resources to help startle folks awake:

There are resources to help inform and initiate group discussion: