Setting last week’s one-off anniversary edition aside, we’re presently in the midst of a mini-series [first, second] exploring a way toward a heuristic for discerning the meaning and veracity of news media and internet information.

Two weeks ago we left off with a beginning conversation regarding a quadrant mnemonic device. We started with a bit of unpacking in the upper left quadrant, the interior of the individual—subjective space. 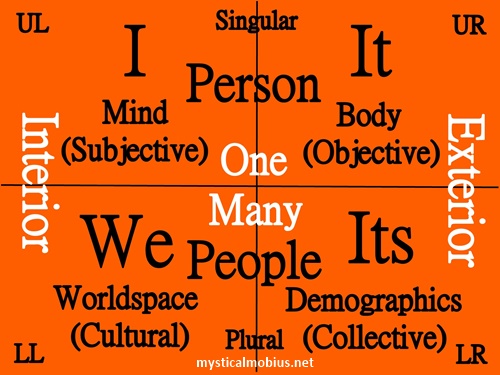 No one parachutes into human life—that is, no individual human (upper quadrants) arises in isolation from a social context of some kind (lower quadrants). These four aspects of human existence arise simultaneously, they are each a piece of a tetra-arising dynamic. Contemplation of this dynamic alone reveals the seamless (not-two) nature of reality. This understanding adds significantly in our our reckoning of a news/media heuristic. 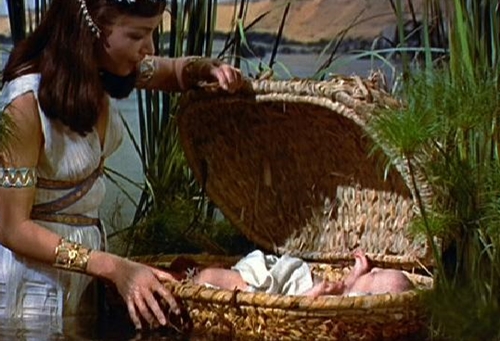 It seems a happy, loving community of people were having a picnic-cookout and family celebration in a nice clearing next to the river near their suburban homes. The river flowed right through the middle of their city. So busy with their family, friends, food, fun, and games, they almost did not notice a basket that came floating down the river toward their spot. Well, as it turned out, the basket had precious cargo indeed. There was a baby on board! Someone quickly swam out to retrieve the basket and brought the baby ashore into the loving care of the community.

This pattern repeated itself several times until finally someone had a flash of insight and said, “Rescuing these babies is simply the least we can do. Why don’t we do a little more and send a party up-stream to find out what’s causing these babies to float down the river? Where are they coming from, and why do they continue to keep coming?”

The story reveals the problem with partiality in the KOMO documentary on homelessness in Seattle (“Seattle Is Dying”) that we have been looking at in this mini-series. KOMO‘s reporting wants to see and treat the homeless person as the baby in a basket. In the documentary, the baby in the basket is the problem, we’ll deal with that. We’ll selectively focus on the individuals who are experiencing homelessness to the blind exclusion of where the baskets are coming from and why they keep coming down the river.

Our quadrant mnemonic is very helpful in keeping a holistic perspective top of mind so that the kind of partiality we see in the KOMO documentary does not hamper or limit our understanding.

Obviously, homelessness is a form of suffering most directly felt by the individuals (and families of individuals) who experience it. However, individuals [upper quadrants] who are homeless do not parachute in. Rather, they arise and exist within social (cultural worldspaces) and societal contexts (structures and systems) [lower quadrants]. Focusing exclusively on reality through a partial framing blinds us to a holistic perspective.

Compassion is not intrinsically native to any particular values system, but possible with any worldview. In the case of KOMO‘s (Orange) documentary, compassion is selectively applied to the problem of homelessness.

We’ll conclude this mini-series by finishing the discussion of our media heuristic. We’ll also discover that neither the Blue [DQ] (order/control) or the Green [FS] (justice/community) values systems separately have a solution to the seemingly intractable problem of homelessness. However, holistically homelessness is a solvable problem.

One thought on “one And many”