Before I state my case on why/how President Donald J. Trump wins re-elect, I’d like to start with a viewpoint that completely overturns my humble reluctant sorrowful assertion.

Rachel Bitecofer is a rising star on the U.S. political analyst/forecaster stage. She makes an outlier argument that persuasion aimed at Independents is of questionable value and there are really no significant number of “swing voters.”

In the present surveillance capitalist age of data we generally know how each person will vote (e.g., they vote the way they generally lean, so Bitecofer) when/if they vote. The question is will they vote. So, there are only two kinds of voters, those who have been animated to vote, and those who stay home—I’d argue that the oldest (yet still-mobile) demographic of voters continue to operate somewhere within the bounds of conventional political wisdom; that is, they participate in elections no matter what because they feel it is their duty and honor to vote. Even so, among the rest of the present voting cohort, what makes the difference, says Bitecofer, is whether or not a candidate offers the voter strong affinity in values and passion. If an average voter doesn’t see a choice that animates them, they just stay home and don’t vote. This comports well with my earlier argument (Democracy is broken?) that our electoral system is under severe stress as it was not designed with hyper-individualistic hyper-consumeristic voters in mind. On my view, civics was always meant to play an important role in democratic life. Perhaps we are groping to find a new way of doing civics.

In a Politico article, “An Unsettling New Theory: There Is No Swing Voter,” the author writes that Bitecofer frames the 2020 presidential election this way:

“The new electorate, as she forecasts it, is made up mostly of people who want a president named anything but Donald Trump, competing with another group that fears ruin should anyone but Donald Trump be president.” —David Freedlander [see article here]

Bitecofer’s 2020 model indicates that (regardless who’s atop the ticket) the Democrats win the presidency, strengthen their margin in the House, and perhaps even flip the Senate. That sounds excellent, I dearly hope Bitecofer is correct. [Editorial update: in a cable news interview on 2/27, Bitecofer indicated that the Politico article title had overstated her case a bit regarding “no swing voters.” She also said that Bernie atop the ticket could be a bigger factor than she acknowledged in her initial 2020 model. She has an interesting new article in the New Republic (‘Hate is On the Ballot‘)]

Obviously, as I’m arguing the opposite here, I disagree with Bitecofer’s conclusions. However, I do think in a presidential contest between Trump and Sanders, some of the dynamics she describes are in play. Essentially, defining the market by a particular set of voters, read identity groups, determines the size limitations of the target electorate, and thus the number of potential votes for a given candidate. I feel Trump is basically calling the tune on how the 2020 election will go. We’ll come back to this.

The first key was in play in 2016, and is also in play in 2020. So, first, let’s be clear, I pretty generally disagree with Matthew Goodwin’s perspective—and not only because the U.K. is not the U.S.A.. [I note that integrating these clips as illustration in no way constitutes an endorsement of the ‘Trigger Nometry’ YouTube channel]. However, I am in solid agreement with one thing Goodwin said in remarks regarding Brexit support, and Labour’s recent drubbing:

As it turns out, this reality was extraordinarily significant in both the U.K. (e.g., Brexit and the recent routing of Jeremy Corbyn and his Labour Party) and the U.S.A. (Trump victory in 2016).

Trump obviously figured this out, too. It was far easier for Trump to move left on the economy [a trillion and a half in free money for the wealthy] and violate the conservative principle of operating with balanced budgets than it was for Democrats to move right on cultural and identity issues.

Where Democrats saw only “deplorables,” Trump saw a sizable group of people who felt their values were being disrespected and forgotten. While Democrats saw everything as economic issues, Trump saw something else.

When Trump came down the escalator and overtly/proudly accepted/claimed the politically incorrect population of voters, he presented the Democrats with a HUGE problem and put them in a box on culture and identity. That’s why Goodwin said, “Which is where the Left goes wrong, they can only view this in terms of economics.” The Left “can only view this in terms of economics” because they have no room to move on culture and identity issues. The whole “purity tests” phenomenon many Democrats have engaged in this cycle is a witness to this fact. These purity filters are also already shaping and determining primary outcomes that include very thin-margin wins in some cases, and possibly even some bitter losses in others.

The second key (and my argument) hinges on the veracity of Robert Kegan’s research (e.g., Kegan’s ability to quantify the “first key”). It also hinges on if Kegan’s findings apply to the 2020 election dynamics as I’m asserting. Kegan’s research describes five stages in adult development (e.g., an evolving configuration/structure of subject-object relations). Taking Bitecofer’s argument and applying it here, the way I understand what Kegan is saying, the market Trump animates to vote are people at “Stage 3” (and 2) and the market Sander’s animates are people at “Stage 4” (and 5). The percent of population numbers in the graphic bellow are for U.S.A., so, before any adjustments, there’s a built-in 22 point spread. However, an unknown political factor here is exactly how much crossover Stage 3 support [trade unionists and many blue-collar workers] Bernie has on his side. Then, too, Trump likely gets some crossover Stage 4 support on the notion that he’s good for business.

As Bitecofer indicates, voters are not really potential to both sides—recall, there are really no swing voters. So, the prime directive of both campaigns is to animate every person in their market cohort to get out and vote. If my application of Kegan holds here, even with the trade union variable, I believe Trump has a near lock on what may be a far larger number of potential voters. Trump calls the tune because “it’s easier for the right to move left on economics than it is for the left to move right on identity and culture.”

The third key is geographical and reflected in the dynamics designed into our Electoral College polity for presidential elections. Republicans (and Trump) benefit from the national electoral map in at least a couple of ways. First, as the profusion of red on a national political map indicates, from nearly coast to coast, Republicans significantly dominate elections in rural America. 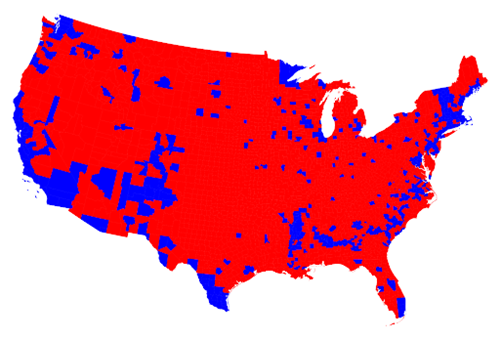 Second, Bitecofer’s assertion aside, many people who constitute the rural cohort of America may be counted on to vote. Country people are less a part of the, roughly, forty percent of Americans who do not vote in any given cycle. Then, too, the Electoral College design works to help a candidate/party put a lock on a significant portion of the U.S. political landscape (rural)—voters sorted from a geographical standpoint. Like money-in-the-bank for the Republican Party, rural precincts generally represent having a lock on voters who dependably vote.

The fourth key is merely my intuition and it extends from the ‘third key.’ Since rural voters tend to vote, the blue areas on the map represent heavily populated locales where all the perennial non-voters reside (non-voters represent nearly forty percent). For that reason I assert that Bitecofer’s theory primarily applies to the more urban and suburban voter cohorts. The non-voters, those who lean, and whose vote leans, toward either party, are all clustered in urban and suburban locales. Without getting into a big thing about it, I feel that in the urban/suburban markets, whatever level of emotion Sanders and his Bern’ers are able to generate for the Blue Team, Trump the Deathstar and his MAGA people will be able to at least match it on the Red Team making those precincts at least a push (remember, Trump already has the rural votes/delegates in the bank).

And if all that weren’t enough…

The way the whole Trump Presidency Show has been playing out only goes to prove that most people have tuned-out and have no idea, nor care, who “won” the daily “news cycle.” This works in Trump’s favor. It allows him to use Twitter and social media to (virtually invisibly) feed his preferred narrative to his supporters. Then, too, Trump’s standard operating modes of conflict confusion and chaos all favor the status quo as these kinds of dis-ease tend to generate avoidance and so very effectively produces subtle voter suppression. Conveniently, in a post-truth post-fact environment, his followers believe only him no matter what any other source might say. Obviously, this, too, works in Trump’s favor.

Further, the era of social media, surveillance capitalism, and mega-data now forms the very scary innovative growing edge of tools and techniques that put voter suppression on steroids. Remember, we know how folks will vote if they vote, because we know which way they lean. So, with micro-targeting tools and a well-planned social media dis-information campaign, we can effectively animate a supportive electorate and also suppress the votes of those who lean the other way, all by digital remote control.

Brad Parscale, digital and data specialist in the 2016 campaign, is Trump’s 2020 campaign manager. In case you don’t remember/recognize the image above, it’s the “Death Star” from Star Wars. That’s also what Parscale and company are calling their Maryland based campaign headquarters. If you don’t read another article this week, please read this one in The Atlantic: The Billion Dollar Disinformation Campaign to Reelect the President: How new technologies and techniques pioneered by dictators will shape the 2020 election, by McKay Coppins.

These five keys all work to help Trump put a lock on the 2020 election.

And, as I indicated in the second piece of the mini-series, “Bernie is a HUGE problem,” even if Biden or someone else manages to win the nomination, many of the Bern’ers will not vote for them, on a ‘Bernie or bust’ purity-fail protest, and they’ll stay home.

Nonetheless, we won’t know until November 4th. Perhaps people will take these matters of democracy into their own hands and come out to vote, and even do so in unexpected ways.

Next week [back to three-four minutes]: I don’t know the topic, we’ll see.

Note: Introducing a big-picture idea like Spiral Dynamics (a complex developmental anthropology) in this format is ambitious. So, I’m using a serial-approach. Blog introduction (June 30, 2018). First in series (July 1, 2018). 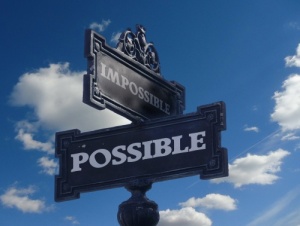