Last week we completed a very challenging two-part series for a mystical möbius (e.g., American civil war revisited?; and Will you be indelibly marked?).

Yes, “very challenging,” as modern Christian theology and the American church were surfaced as prime legitimators of White supremacy and, White Christian nationalism.

As I wrote two weeks ago in part one: “The Lost Cause, and Jim Crow laws/policy, kept white people secure in their White superiority. The American church is far beyond being merely complicit.” And, as I wrote last week in part two: “Trump exposed many things, and, sadly, one of those things is that the ideology of White Christian nationalism may be found in many quarters of the American church.”

Of course, even setting the church aside for a moment, we as Americans do like to imagine that our system of governance and American society are both robust and resilient.

Unfortunately, however, in the twenty-first century, “both robust and resilient” are hardly the case. As we have examined on several occasions (Covid-19 Apocalypse?; Oxymoron; Grief revisited; Easter Apocalypse; Grief revisited (part 2); Science and predictability; Mary’s Magnificat and UBI; Masks: a shibboleth?; TL;DR on coping with Covid-19; Covid-19 — Eucharist online?; Teachers in the center ring), Covid-19 has basically ripped the covering off of many serious problems fully revealing the nature of our human injustice, and our existential vulnerabilities in America. Actually, “American exceptionalism” is killing Americans. [cf. The Great Unmasking: American Exceptionalism in the Age of COVID-19] 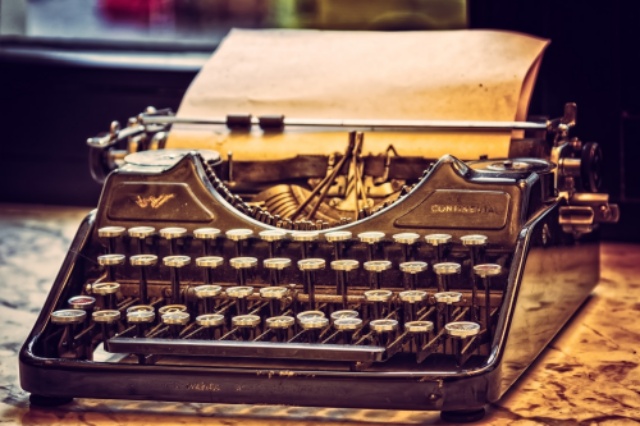 In a real and personal sense, my mission for this blog has been to articulate my struggle in trying to gain understanding regarding people I know and love who are supporters of President Trump. I’ve discovered that, more often than not, it’s some kind of conflation that helps create misunderstandings.

Arguably, most all of our systems needed disruption. Trump is, without doubt, a disruptor. However, Trump is not the disruption that many had in mind and the open question is will his particular kind of disruption bring an end to the democratic system given us in our constitution.

Of course, these days most white people are not openly racist such as is evident in the 1866 Clymer vs Geary campaign. At least now, thankfully, most Americans are not consciously, intentionally, willfully White supremacist racists.

The definition of ‘racist’ as a willfully mean/evil individual who is consciously bigoted against (and hateful toward) not-white people is the root of a great deal of the confusion and misunderstanding in any ground-level racial discourse. In reality, white people do not need to be willfully racist because social institutions and systemic norms & structures (that act nearly autonomously) are bigoted and cruel on our behalf to keep everyone in line nowadays.

I have not explicitly said previously that I feel many of Trump’s supporters exhibit a cult-like fealty to the president (and to MAGA). I do say that now, and plainly so. Trump represents the Red tribe’s champion warrior (read: bully). He is the politically incorrect strongman who is perceived to bully the Red tribe’s sworn enemies, the Blue tribe (e.g., “the Dems”). Ideology and policy have very little (actually nothing) to do with the cult-like faithfulness that is evident. These days the intense degree of polarization in our society, coupled with an abundance of anxiety, plays out on the level of school-yard bullies and Trump has a lifetime of preparation to be just such a tormenter.  MAGA is predominantly a limbic driven phenomenon.

Then, enter Covid-19, and Trump tries to dismiss it by fiat. The coronavirus may very well be the biological disruption that forms Trump’s (the disruptor) undoing.

An article from back in April by Julio Vincent Gambuto, “Prepare for the Ultimate Gaslighting,” predicted gaslighting regarding Covid-19, however he may have been too conservative in terms of predicting the incredible intensity of the project. Gambuto, wrote:

Pretty soon, as the country begins to figure out how we “open back up” and move forward, very powerful forces will try to convince us all to get back to normal. (That never happened. What are you talking about?) Billions of dollars will be spent on advertising, messaging, and television and media content to make you feel comfortable again.

We want desperately to feel good again, to get back to the routines of life, …

What the trauma has shown us, though, cannot be unseen.

The cat is out of the bag. We, as a nation, have deeply disturbing problems. You’re right. That’s not news. They are problems we ignore every day, not because we’re terrible people or because we don’t care about fixing them, but because we don’t have time.

Gambuto rightly identifies time constraints as a thing. However, time constraints are of our own making and so in no way justify our moral failings, nor do they provide us with any excuse for our inhumanity to our neighbors. Time constraints are a function of our self-centered and self-locused orientation priorities in White-dominant American culture.

Injustice, and our human failure to be human to one another, has been fully surfaced by Covid-19 , the publicly shared police “lynching” of Mr. George Floyd, and the Trump/MAGA phenomenon. As much as those who have benefited from our unjust, corrupt economic and governance systems prior to the coronavirus would like to sweep the now-revealed truth of our vulnerable reality back under the rug, right there is where I draw the line and say “oh hell no” to that!

The cat is out of the bag. We, as a nation, have deeply disturbing problems.

What the trauma has shown us, though, cannot be unseen.,

No argument about the former, however, the latter raises a deep concern for me. Is it really impossible for that to be “unseen?”

Just as one example, the Covid-19 Apocalypse exposed much of the economic injustice that is baked into our system. Right in front of god and everybody we could see that our society depends on *essential workers.* “Essential workers” are those workers who do the jobs that make life as we know it possible. The difficult part of this revelation is that, by and large, we do not even respect these workers enough to pay them a living wage. The exploitive nature of our system has been fully exposed. I truly hope that Gambuto is correct and “What the trauma has shown us, though, cannot be unseen” is indeed true. Sadly, I’m not at all convinced.

You see, I feel as though many of the justice issues that I have cared about and worked on over the years—back when people didn’t really like to even acknowledge the problems—are generally the same ones we’ve all now been given a long look at. I see many political leaders and most business leaders, especially big corporate voices, are all doing their level best to get all the concerns about the injustice intrinsic to our economic system swept back under the rug. “Never mind any of that! Let’s open up! Let’s make some money!”

So, here at a mystical möbius I’ll be continuing doing my best to bang pots and pans for justice. As long as I’m given life I’ll be doing anything and everything I’m able to further challenge and reckon with the myriad configurations of systemic and institutionalized injustice in America. I’ve not forgotten the essential workers. I’ve not forgotten full-time workers who do not receive a living wage. I’ve not forgotten that health care represents a cruel denial of human dignity to many Americans. I’ve not forgotten and going forward I will write so that others do not forget, either…

Next week: For my birthday next Sunday, “A contemplation of long duration.” Come and see.

2 thoughts on “Cards are on the table”