Last Sunday was Easter. I posted this on my The-facebook page:

“Do you deny the Resurrection? I’d wager you do,” ….over this two-minute video:

I begin with Irish theologian Pete Rollins here today for two reasons. First, his is an important missive. Second, as an illustration. It engages a political technologies [PT] tool, e.g., the use of a trolling, algorithm-driving title (“click bait”)—essentially, leveraging emotionally sensational prompts. Additionally, expressions like this one from Rollins help form an easy way to sort for primary state and advancing-growth state consciousness that we talked a little bit about last week in part 3. Primary state consciousness most often reacts fearfully to Rollins’ missive, seeing only red, and heresy. 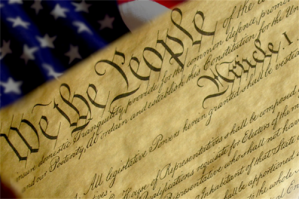 In this Grievance Grift series I’ve categorized the present post-DJT political climate as one of a continuing autocratic attack on U.S. democracy. Immoral political leaders are engaging PT to gaslight voters and shape reality so that they can hold onto power. True for both parties to some degree, however, far more so for Republicans. DJT, and post-DJT, politics has turned from statecraft to stagecraft—cf., dramaturgiia and dramaturgy.

In these missives I’ve argued that autocracy is the general trend as a response to a polarized and gridlocked political sphere—cf., A paralyzed democracy can’t protect us. That is a serious enough problem on its own. However, in contrast to the general trend, DJT‘s MAGA took on an even more disturbing dimension to approaching politics. Fascism is characterized as destructive authoritarianism with a racial component at its core. In part, DJT‘s MAGA is a White supremacist fascist movement. —This is a very hard problem to even address as most people don’t care for being told they’re in a racist cult.

As DJT‘s hyper-cynical move has played out, actually confronting that racist aspect head-on is counter-productive. Political technologies [PT] tend to conflate things that have important distinctions, things that depend on nuance to keep meaning straight. I am not suggesting that one completely overlook the racist dimension of DJT‘s PT. I’m arguing that going after the ‘destructive authoritarian cult’ dimension first of all is the more effective course. It avoids falling in an unproductive trap—e.g., allowing Republican political technologists to conflate any/all concerns/critiques into the charge that “Democrats are racist for claiming racism.” DJT had already popularized this tactic with his ban on racial sensitivity training in relation to White fragility. 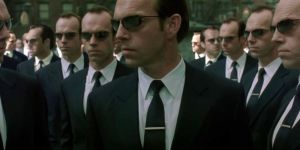 Cable news and talk radio programming repeat Republican talking points over and over and over. They use key words and phrases to arm zealous operatives as amateur political technologists who are then ready to flood the zone using the PT they’ve been groomed with for use in any situation, and without thought.

Aye, there’s the rub. These radicalized operatives are able to do this without ever having to even think about the criticisms or concerns they are discounting and dismissing.

DJT‘s PT are primarily about creating the MAGA cult following and producing a climate of power and invulnerability for DJT, and his close associates—who are all disposable/easily replaceable, by the way. However, it’s the seemingly natural hordes of everyday MAGA amateur political technologists who are the source of the greatest concern.

So, yeah, there’s great hope, but there’s also a catch.

A recent article by Joe Hagan in Vanity Fair tackles a question that I have struggled with for some time. Will people who have followed DJT down an alternative-fact rabbit-hole be able to return to a reality and life that shares one set of facts?

Trump, he [Steven Hassan] holds, has all the characteristics of a cult leader, and his followers the qualities of a cult, from the all-consuming devotion to a single malignant narcissist to the daily consumption of “alternative facts” to immunize them against cognitive dissonance (a.k.a. reality).

The author of, The Cult of Trump, Steven Hassan, says that now that DJT is out of office there is hope that many in the MAGA cult will be de-programable, …if—”if the way Americans consume information undergoes a radical change.”