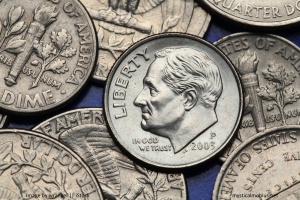 “Political technologists,” a dime a dozen?

That was a subhead in my missive from two weeks ago (here). I pointed toward a concern that I have regarding our present political climate. In this piece, my hope is to plainly apply the generalities to practical specificity. When looking at the abstract, it’s far too easy to exclude oneself from any critical examination; the issue feels ‘out there.’ Nope, it’s native to most of us.
In the earlier piece, I attempted to connect everyday folks like you and me to the problem, writing:

“In the U.S., “a dime a dozen” corresponds to typical Facebook users and doesn’t correspond to key political technologists.”

I’m talking about a social media phenomenon. Readers who do not use social media are still indirectly affected by being exposed to the rest of us and through what we (social media users) have done to catalyze and shape the polarized political climate.

Thankfully, I do not see the extreme forms of PT nearly as frequently in the clergy groups in which I participate on Facebook. Oh, it’s there; just not quite as often. However, I see it quite frequently when I participate on the Facebook pages of either of my senators here in Kansas (i.e., Jerry Moran, Roger Marshall).

A recent example from Jerry Moran’s Facebook page is plain enough. I had commented under one of Moran’s posts. My remark noted that the senator had been invited to be on KCUR‘s “Up To Date” program on several occasions, all of which Moran had declined. One of his supporters replied: “now why would he go on the demorat station to answer gotcha questions.”

In one dehumanizing dismissal, (“demorat”), my run-of-the-mill Kansas neighbor became a blatant example of full-blown *political technologies* [PT] in the anonymity of Facebook. Never mind that the host of the program, Steve Kraske, is a Republican. — many believe he’s typically quite fair/balanced. 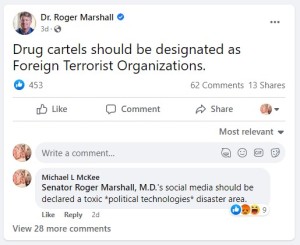 Of course, once in a while, we get a breath of fresh air when someone speaks plainly contra the tribal PT context, e.g., this reply made to another post on Marshall’s page: 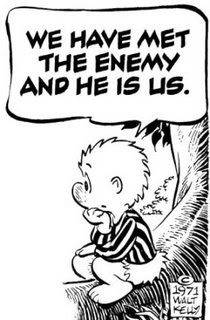 The phenomenon I’m talking about is a function of our polarization. This is not merely a theoretical matter; by now it’s culturally and personally embodied (structure) — me, you, nearly everyone.

As we have discussed previously, American society has been systematically sorted and polarized (cf. Ezra Kline). We are faced with two sets of “facts” [Earth I and Earth II]. Social media users within this bifurcated dynamic have been tacitly conditioned to utilize PT tools, e.g., dog-whistles, blanket generalizations, reductions, whataboutisms, false equivalencies, blanket dismissals, conflations, and so forth. It may be unconscious; but we bare our political technologist face whenever we enact the polarization with these tools.
Now, that’s a charming image, i.e., we’re often unconscious PT drones. —This brings to mind Yuval Noah Harari’s cautionary tale regarding AI hacking human autonomy (here) (here).

Partisanship is not “bad.”
Polarization (enacting an extreme, all-or-nothing partisanship) is bad.
*Political technologies* trade in the latter.
In this climate, it’s crucial that we don’t lose our critical distance and miss our own place in the drama.
It’s OK to passionately focus on confronting/resisting a partisan overreach. There are left-wingnut issues and right-wingnut issues that demand confronting/resistance; and it’s OK to focus on addressing those independently in a partisan manner.
It’s not OK to address anyone/anything in an all-or-nothing-partisan way (frequently demonizing/dehumanizing others). When we’re in a “you’re just plain wrong on everything” mode, we need to think twice and check ourselves — the ability/inclination to self-critique has perennially paid rich dividends.