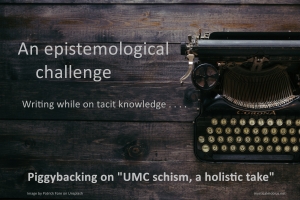 Well, this is the first edition for my fifth year of renting this inter-web space and writing in it weekly.

I think I wrote very early on that I was doing the blog as a discipline/process for me to work on trying to understand the MAGA phenomenon from a variety of perspectives — thinking/learning out loud, so to speak.

Along the way, I also confessed that, as a cradle perfectionist, influence is also a key motivator for me. Writing to express oneself is a particular kind of thing; and writing to try to influence others is a very different kind of thing.

I try to temper my felt-need to influence with a commitment to opening an extra-wide space to consider a given topic, to leave plenty of room (and, often, some resources) for the reader to contemplate the problem and render their own conclusions.

I’m trying to influence others to engage their contemplation; and, I’m laying a handful of curated items (typically, social justice-related) on the table as both invitation and stimulation. That expresses my hope, though I’ve fallen far short of that on plenty of occasions.

Today, I’d like to share something I’ve learned from the discipline of writing a regularly-scheduled piece with the motivation and context I’ve named. 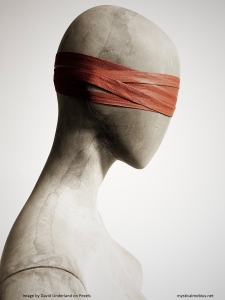 Obviously, there are numerous general descriptions of ways that humans make sense of reality. By writing, in part, about current events each week over the past four years, I’ve learned why writing is so difficult for me.

I am (hyper-) intuition–driven; so, my sense-making is chiefly grounded in intuition. When I consider/examine anything, I mainly rely on my intuition to make sense of it. But what does that mean? Because many (perhaps ‘most’) people use ‘cognition’ to make sense of things — i.e., rational constructs that are coherently related and arrayed through language and narration of some kind — this forms their cognitive sense-making structure.

OK, so, I say “a challenged writer… me,” what’s that about? Well, the idea of intuition itself is significant. Just attempting to explain intuition is a bit like trying to catch a fart and paint it green. To address intuition‘s ineffability, my approach is a turn to the work of Michael Polanyi, e.g., his book, Personal Knowledge.

Polanyi said in his The Tacit Dimension, “we can know more than we can tell” (p. 4.). Our tacit knowledge is that which we *know* sans the benefit of a rational-cognitive structure to support it. In other words, it’s knowledge that we possess and yet for which we have no words. Oops! That’s a real problem for a writer — especially, a writer trying to include current events in the work!

Thanks to *political technologies*, sorting, and polarization, extremist influence is extremely oversized.

If Rev. Adam Hamilton’s survey at C.o.R. is accurate, then, taking my view, 3% at each extreme are basically calling the schism-tune for all the rest of us. I think that this week’s theme plays a significant role in the mechanics of how/why that works. Please allow me to explain.

First, I’m holding all this very loosely. However, I’m wondering if this way of understanding is becoming more and more a piece of most everyone’s epistemological portfolio.

Americans are very busy. It has become very difficult to keep up on everything that one really ought to keep up on. I wonder if the especially difficult aspects of public discourse — culture wars, for instance, aspects that we are all immersed in — might get defaulted to tacit knowledge space in our awareness. In other words, we are immersed in culture wars. We know them, just not through our rational-cognition; i.e., we don’t have words for what we know or why it’s our conviction. Self-awareness becomes crucial, because the context in which one lives helps shape one’s tacit knowledge; so, it’s often a Trojan horse for “implicit bias.”

In a radically sorted and polarized society in which the extremists engage primarily through a rational-cognitive structure, those operating on tacit knowledge default to these “tribal leaders” for “appropriate language.” Again, this is how “compatibilists” internalize extremism and, so, unconsciously make extremism — and extremist, absolutist-language structure — the norm. 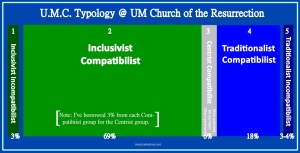 Did you ever just *know* something while having no words to explain it? Try being a writer who sports that kind of knowing.

Using last week’s context, if “compatibilists” are ~93%, and many/most compatibilists are operating on tacit knowledge regarding LGBTQ+/authority issues, and they default to “the experts” — i.e., the “activist/tribal leaders” (often the ~3% “incompatibilists” on each end) — for language, then extremist/mutually-exclusive language unwittingly becomes the norm in the discourse.